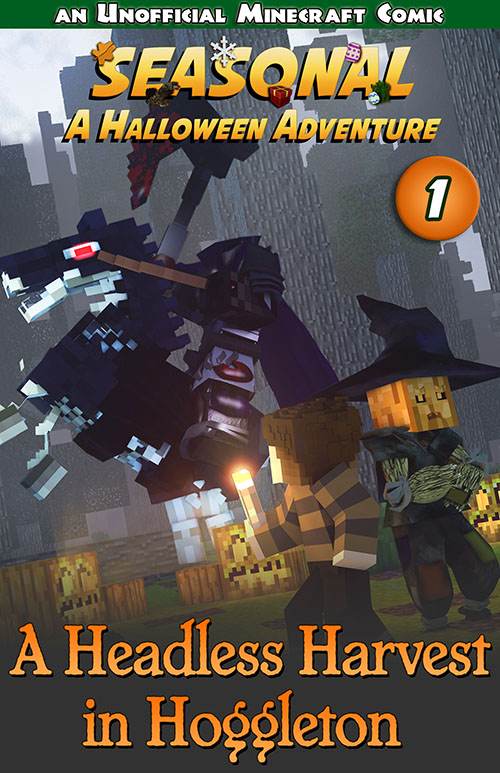 Episode 1 - A Headless Harvest in Hoggleton

Can Wick and Jack avoid the headless horseman and find their way back to the pumpkin patch?

Wick and his friends decide to play baseball in the farmer’s pumpkin patch while the farmer is away. But what they don't know is that the pumpkins are on land that has been cursed for 300 years.

During the fall, when the nights are longer and colder, the undead rise and objects come to life. When his friends abandon him, Wick is chased into the dark forest by a scarecrow, only to realize he has only jumped from the frying pan into the fire.

Now he must make his escape from monsters much scarier than anything he has ever imagined.

Can Wick trust the scarecrow that has been chasing him? Will the crazy crow give up their hiding places to the monsters all around them? Can they make it back to the pumpkin patch without being eaten?