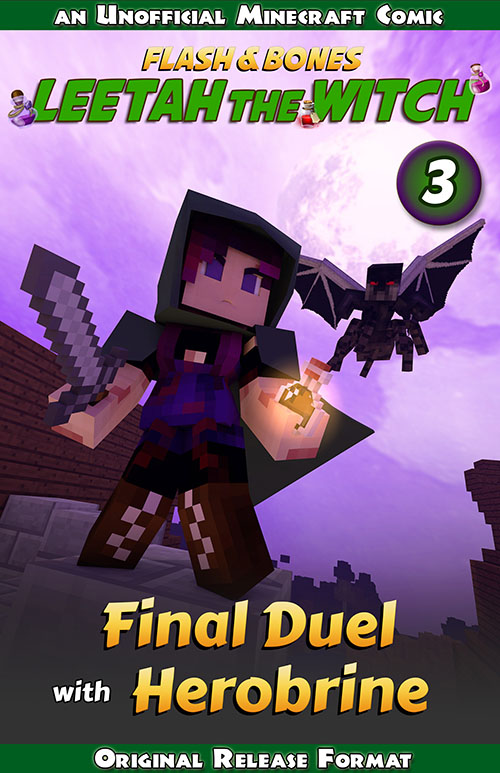 Episode 3 - The Final Duel with Herobrine

Leetah has defeated the monstrous spider guarding the final ingredient she needs in order to brew the mystical potion that can defeat Herobrine. Now she must make it back into Herobrine's palace, defeat the Minecraft monsters he has guarding him and confront him in one final epic duel.

But Herobrine has some tricks of his own. If Leetah won't choose to serve him and use all her alchemical skills to help him rule the world, he will be forced to destroy her with the mutant minion he has crafted.

Can Leetah finally brew a potion correctly so that it defeats Herobrine and saves her village and the world? Or will something go wrong, again?