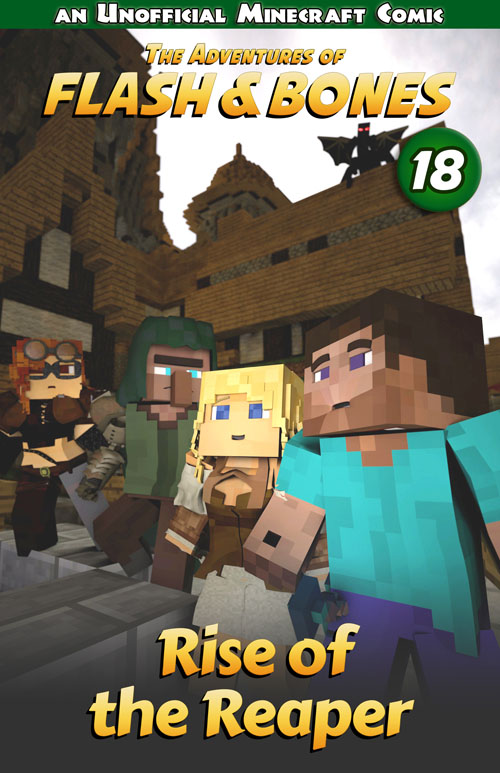 Episode 18 - Rise of the Reaper

With Flash and Bones reunited, and Bones discovering the new powers of his cyborg body, the gang must now confront a new foe: The Reaper.

Herobrine's construct has been tracking Leetah ever since she defeated it and Herobrine as a child. Now it has found her in the capital city and will stop at nothing for revenge.

Does Leetah possess enough power to defeat the creature again? Who is the mysterious figure that has been tracking the Reaper, seeking his own revenge?

Will the city be torn apart by the Reaper in its mindless hunt to destroy anything in its path? Can Flash, Bones, Angel, and Launa reach the city in time to help protect Leetah and the city from this terrible monster?