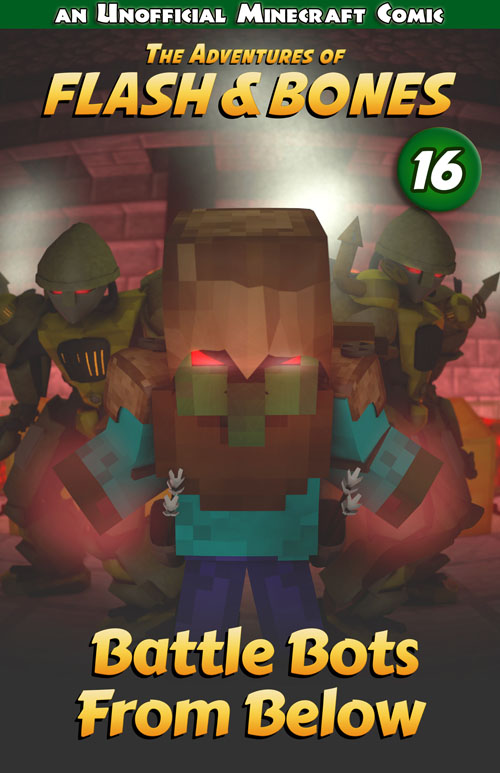 Episode 16 - Battle Bots from Below

Bones has been completely overtaken by the zombie curse, now trying to destroy anything alive, especially his former friends; Flash, Launa, and Angel.

While they search for him in the depths of Angel’s warehouse, they must battle all kinds of evil monsters that have taken up residence while Angel and the bandits have been away.

Meanwhile, the bandits struggle to survive and join Angel at the warehouse, but the imperial soldiers will stop at nothing to exterminate them completely.

Not only that, but Herobrine's armored skeleton minions must be defeated in order to use their balloons to reach the warehouse in time.

Can Flash and the girls defeat Bones and his steam golem minions? Can they stop the curse controlling him and return him to his human self? Can the bandits survive long enough to join up with Angel and help them cleanse the warehouse?