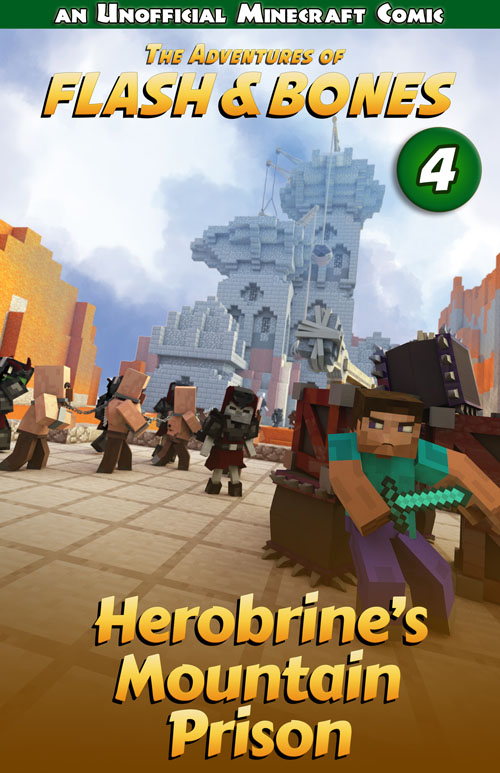 Bones has been captured by Herobrine's minions and taken to his mountain prison. Flash must return the rescued village child and leave his friend to an unknown fate.

Almost captured as they escape, Flash and the boy are rescued by villagers that have been forced to survive in the mountains after their village was destroyed by Herobrine’s thugs.

Knowing the villagers are doomed without their leader, Flash decides to sneak into the heavily guarded prison fortress where Bones is being held.

Once inside, Flash soon discovers that the mysterious cyborg warden is doing strange experiments on the prisoners, putting Flash in a race against the clock to rescue Bones before his only friend is turned into something terrible.