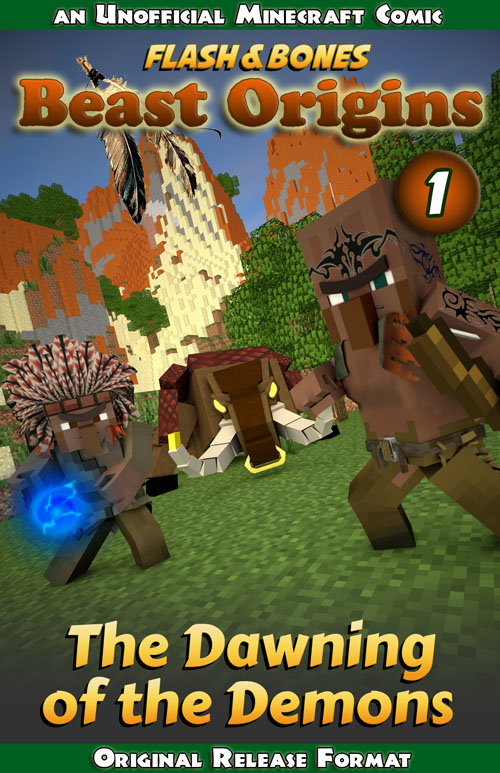 Episode 1 - The Dawning of the Demons

Bones' father Kyam is young and hot headed. Being the chief's son, he thinks he's the best at everything and nothing can hurt him. He soon learns differently when a gigantic boar starts attacking the village and destroying those he loves.

But instead of being allowed to hunt the beast with the rest of the tribe's warriors, he must go on a quest with his friend Avadacus to find a wise sage hidden somewhere in the trackless desert.

Can Kyam discover the location of this wise man and enlist his powers to help save his village from the evil beast? Or will he ignore the chief's commands and recklessly charge after the beast seeking his own revenge and glory?