Watch the Trailers for Our Latest Flash and Bones Comics!

Our two heroes are on opposite sides of the world, each facing challenges of their own.

Our Most Popular Series

Our main series, Flash and Bones, has 6 offshoot series to check out as well!
See all our comics 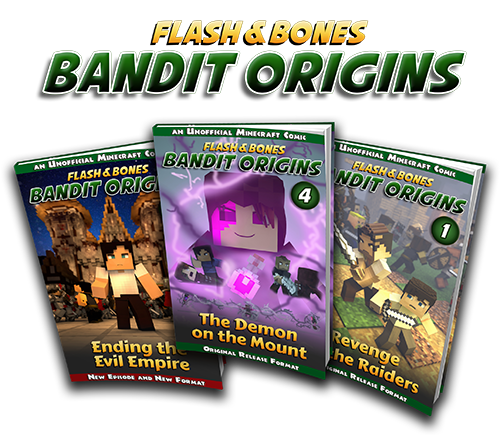 If you've ever wondered where Angel's bandits came from and who they were, this story begins that tale.
As a mere 16-year-old boy, Can Jaden discover the mysterious source of the strange bandit attacks and survive long enough to uncover the truth?
Check it out! 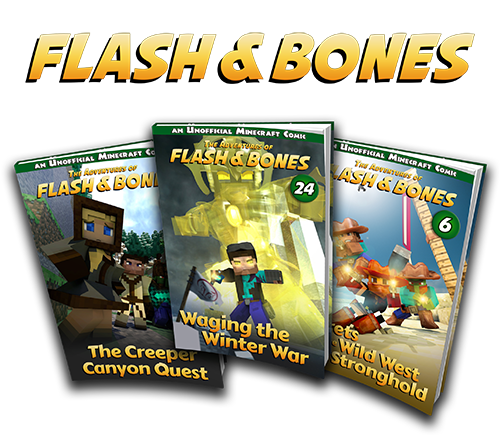 Flash finds himself trapped in this strange land where everything looks different than he's used to and behaves strangely. He must learn to survive by his wits by trial and error. Not by using some Minecraft Handbook with all the rules explained.
Check it out! 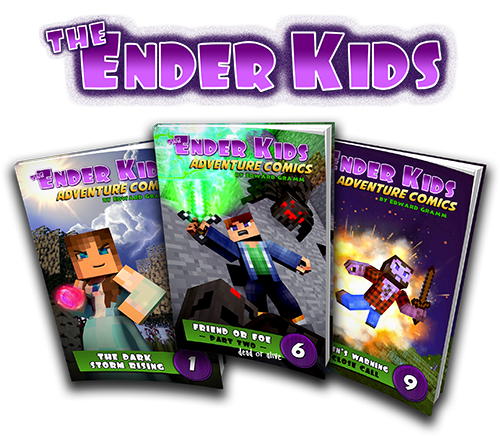 The beautiful, yet very evil witch, Kristisia, pulls two unsuspecting children from the real world into her Minecraft world so she can take their place.
But things don't go as planned as these two kids, a brother and sister, are more resourceful than Kristisia anticipates.
Check it out!

Our two main heroes, their love interests, and their main enemy. Discover more in our comics!

Our Fans Love Them

See what our fans are saying after reading the great Minecraft adventures in our comics! 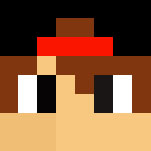 "I didn't even know there were Minecraft Comics out there until my friend told me at school! This is AWESOME!"

"These comics should come with a warning, VERY ADDICTIVE! lol I love these SOOOOOO good! please make more!" 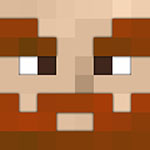 While we're still working on the comics, we have big plans for the future. 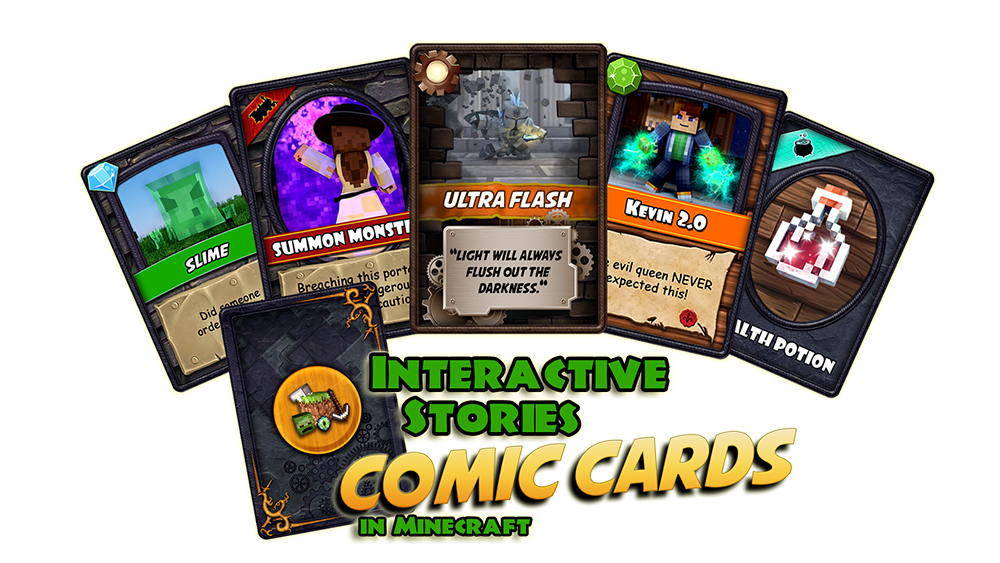 For a while now we've wanted to do more with our comics, something AMAZING we could do for our fans! There are so many awesome characters, monsters, and items we've created inside over 50 comics, we wanted to do something with them.

Why not let you, our comic fans, collect all those things for yourselves? All those epic Minecraft things as Trading Cards!

First off, we plan for you to use the cards you collect in a series of Choose Your Adventure Path stories. We don't want to completely move away from our origin of storytelling, after all.

Each card will have special properties to help you progress along your adventure, defeat monsters, find treasure, and make choices that lead to the final treasure!

(We'll share more information about these as we get closer to publication. So check back here often.)

Sneak Peak at the Cards!

From characters, monsters, items, crafting, spells, and much more! All collectable! 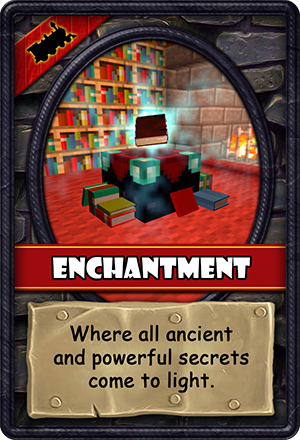 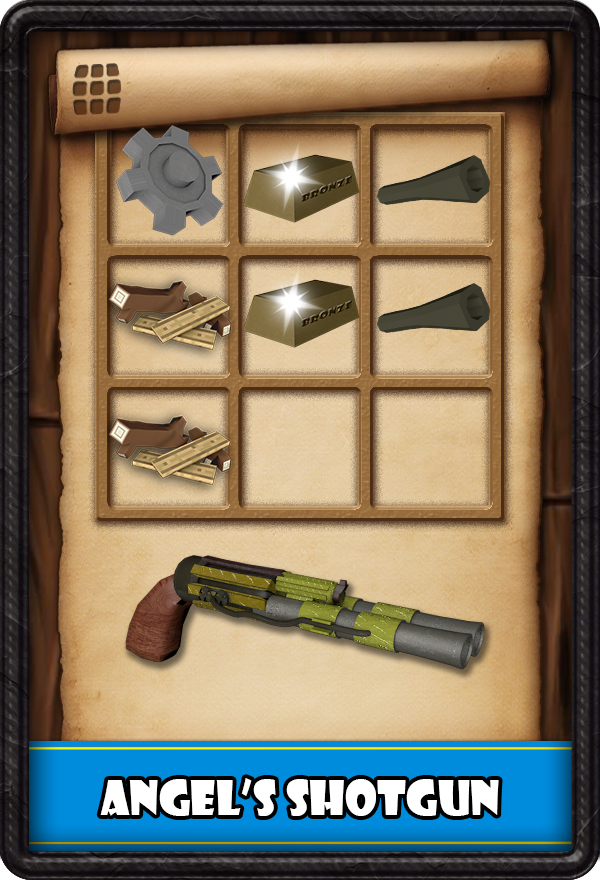 A Minecraft card wouldn't be Minecraft unless you could craft and combine cards to make your favorite items!

Magic spells, lethal potions, what can they all do?

This is Just the Beginning...

And, We're Just Getting Started 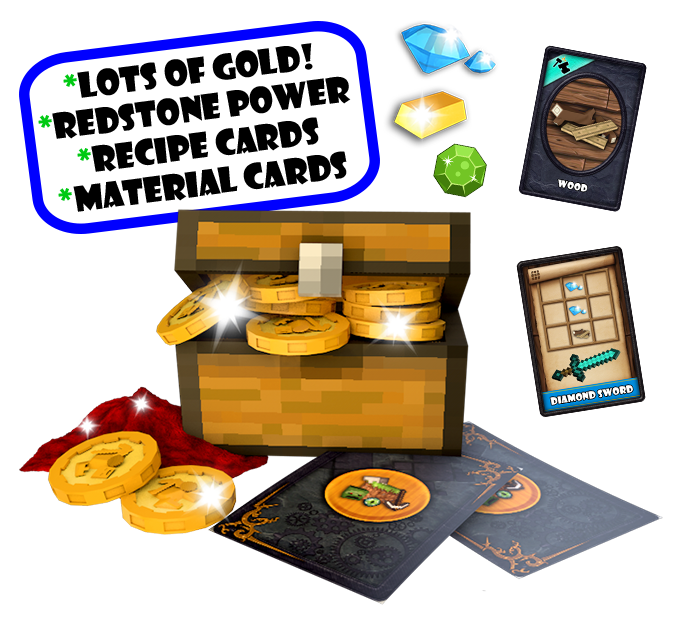